With 18,110 islands, 6,000 of them inhabited, Indonesia is the largest archipelago in the world. About 240 million people live in this fourth most populous country in the world — after China, India and the USA — and by far the largest country in Southeast Asia.

Bali is an island within Indonesian archipelago. This island, home to about 4 million people, is approximately 144 kilometres (90 mi.) from east to west and 80 kilometres (50 mi.) north to south. The word “paradise” is used a lot in Bali and not without reason. The combination of friendly, hospitable people, a magnificently visual culture infused with spirituality and (not least) spectacular beaches with great surfing and diving have made Bali Indonesia’s unrivaled number one tourist attraction. Eighty percent of international visitors to Indonesia visit Bali and Bali alone. 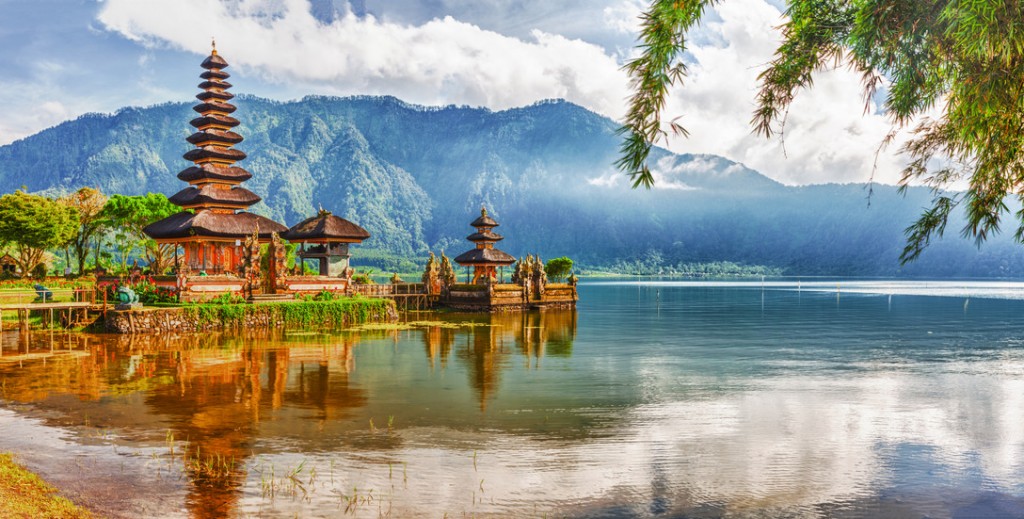 Unlike any other island in largely Muslim Indonesia, Bali is a pocket of Hindu religion and culture. Every aspect of Balinese life is suffused with religion, but the most visible signs are the tiny offerings (canang sari, or sesajen) found in every Balinese house, work place, restaurant, souvenir stall and airport check-in desk. These leaf trays are made daily and can contain an enormous range of offering items: flowers, glutinous rice, cookies, salt, and even cigarettes and coffee! They are set out with burning incense sticks and sprinkled with holy water no less than three times a day, before every meal.

Balinese Hinduism diverged from the mainstream well over 500 years ago and is quite radically different from what you would see in India. The primary deity is Sanghyang Widi Wasa (Acintya), the “all-in-one god” for which other gods like Vishnu (Wisnu) and Shiva (Civa) are merely manifestations, and instead of being shown directly, he is depicted by an empty throne wrapped in the distinctive poleng black-and-white chessboard pattern and protected by a ceremonial tedung umbrella.

Electricity is supplied at 220V 50Hz. Outlets are the European standard CEE-7/7 “Schukostecker” or “Schuko” or the compatible, but non-grounded, CEE-7/16 “Europlug” types.