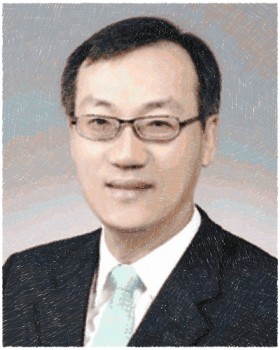 Prof. Kukjin Chun is currently the IEEE Region 10 Director-Elect (Asia Pacific). After receiving his Ph.D. degree from the University of Michigan in 1986, he joined Electrical and Computer Engineering department at Seoul National University, where he served as Department Chair in 2009-2011 and as Director of the SNU Inter-university Semiconductor Research Center in 2005. He served as IEEE Seoul Section Chair in 2007 and the IEEE Region 10 Secretary and Vice-Chair from 2009 to 2012. Chun was the President of the Institute of Electronics Engineers of Korea, which has the longest history and largest membership in Korea. He has been a member of the National Academy of Engineering of Korea since 2007. He served on the Journal of Micromechanics and Microengineering editorial board and the Fellow of the Institute of Physics of UK. 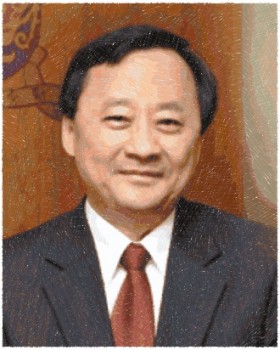 Professor Benjamin Wah was the Franklin W. Woeltge Endowed Professor of Electrical and Computer Engineering at the University of Illinois at Urbana-Champaign, and is a prominent computer scientist, with expertise in non-linear programming, multimedia signal processing and artificial intelligence. He is a fellow of the IEEE, ACM, and AAAS; and has served as the President of IEEE Computer Society. Professor Wah has received numerous international honours and awards for his distinguished academic and professional achievements. Among these are the Distinguished Alumni Award in Computer Science of the University of California, Berkeley, the W. Wallace McDowell Award, the Tsutomu Kanai Award and the Richard E. Merwin Distinguished Service Award of the IEEE Computer Society.
Professor Wah received his BS and MS in Electrical Engineering and Computer Science from Columbia University, and his MS in Computer Science and PhD in Engineering from the University of California, Berkeley. He began teaching in Purdue University in 1979, and later joined the University of Illinois at Urbana-Champaign in 1985. He also served as Director of the Advanced Digital Sciences Centre established by the University of Illinois in Singapore in 2009, with funding from the Singapore government’s Agency for Science, Technology and Research. He was appointed as advisory member of the Expert Task Force of Big Data established by the China Computer Federation in 2013. 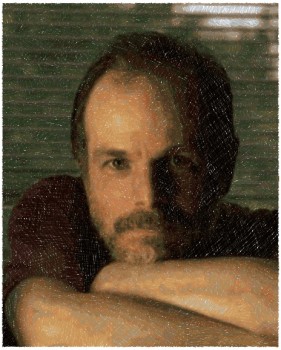 Experimental progress on quantum entanglement moved at a tremendous rate during 2015, proving beyond a doubt the effect that Einstein dubbed “spooky action at a distance.” The next step is engineering this effect into quantum networks, and ultimately a Quantum Internet. Quantum networks will improve the security of classical communications, allow a quantum client to request that a quantum server compute a function without disclosing anything to the server, and improve the sensitivity of scientific instruments. I will give an overview of recent experimental results, applications of quantum networks, and the daunting challenge of creating a true quantum Internet.
Rodney Van Meter received a B.S. in engineering and applied science from the California Institute of Technology in 1986, an M.S. in computer engineering from the University of Southern California in 1991, and a Ph.D. in computer science from Keio University in 2006. His current research centers on quantum computer architecture and quantum networking. Other research interests include storage systems, networking, and post-Moore’s Law computer architecture. He is now an Associate Professor of Environment and Information Studies at Keio University’s Shonan Fujisawa Campus. Dr. Van Meter is a member of AAAS, ACM and IEEE.

August 2000 to March 2001 :
Head of Division of Partnership System and Procedure on Berau of Business Partnership, National Development Planning Agency.

May 2002 to February 2004 :
Director of Culture, Saints and Technology, National Development Planning Agency.

Jun 2005 to August 2009 :
Director General of Post and Telecommunication, Ministry of Communication and Information Technology

August 2009 to April 2010 :
Secretary General and also as the Acting Director General of Post and Telecommunication of the Ministry of Communications and Information Technology.

August 2009 to Februari 2014 :
Secretary General of the Ministry of Communications and Information Technology

February 2014 to Present :
Head ICT Research and Human Resources Development Agency of the Ministry of Communications and Information Technology

He has actively involved in a number of national, regional & international collaborations in educational, research as well as in community services. He was the Conference Chair for International Conferences conducted in Indonesia, (1990, 1992, 1993, 1994), and the IEEE APCCAS 2002 that was conducted in Singapore (December 2002).

He has published more than 100 papers in the above mentioned researched interests. Recently, he (and his colleagues) have also authored four international book chapters published by Jimoondang (Korea, 2008), Springer (Singapore, 2014), CRC Press – Taylor Francis (2015).

Prof. Dr. Ir. Soegijardjo Soegijoko is a member of IEEE-EMBS, IEEE CASS, IEEE SSIT and IEEE Education Society. He can be reached through: soegi@ieee.org

ABSTRACT:
Biomedical Engineering is truly a multidisciplinary field in which synergic collaborations among engineers, scientists, medical personnel as well as other professionals are required. Although Biomedical Engineering has been emerging for more than 60 years in the developed countries, only recently that it is becoming more and more popular in many developing countries.

This presentation describes significant advances in Biomedical Engineering which promote a better life for the community. Some examples of Biomedical Engineering significant advances in developed countries are then reviewed. They include, for examples: asynchronous, synchronous, and hybrid teledermatology; transdermal drug delivery systems; mobile-health drug delivery systems; m-health and u-health systems for specific healthcare applications.

In conclusion, both in developed and developing countries there are currently more and more significant developments in various areas of Biomedical Engineering for promoting the quality of life.